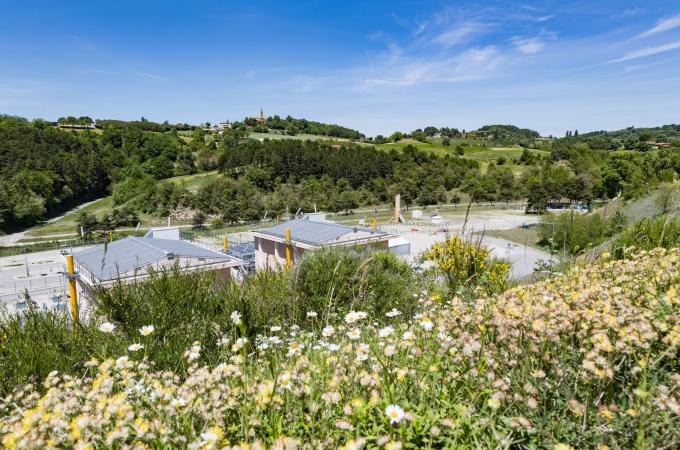 With 14 gas storage sites in France ensuring the supply of companies, communities and households with natural gas, Storengy is an indispensable link in the country’s security of energy supply. Thus, its storage capacities amounting to more than 100 TWh enable it to supply more than 50% of France’s gas demand during winter peaks.

As the share of intermittent renewable energy in the energy mix is growing, gas and its storage facilities are indispensable elements of the energy transition and a future scenario of zero carbon by the year 2050.

As of now, these facilities are able to store renewable gas such as biomethane or gas obtained from Power-to-Gas through the conversion of renewable power production surplus.

In order to accompany this transition in the best possible way, Storengy has committed itself to projects linked to the production and storage of pure hydrogen and synthetic methane, such as: 2 Power-to-Gas projects coupled to biogas production (MéthyCentre and Hycaunais) and one research project, RINGS (studying the behaviour of biomethane and hydrogen mixed with natural gas in order to manage their storage).

Furthermore, biomethane production through local partnerships, acquisitions or participations; Storengy’s ambition being to produce 15% of the biomethane volume injected into the network by 2030.

“The accession of Storengy, Europe’s leader in energy storage, brings complementarity to our field of expertise and will enable us to strengthen the association’s actions in favour of green gas and biogas production,” said Jacques-Pierre Quaak and Olivier Dauger, Presidents of France Gaz Renouvelables.

As for Pierre CHAMBON, General Manager Storengy France: “For several years, the storage infrastructures have been transforming to accept the renewable energy forms of today and tomorrow. They illustrate the complementarity of energy at the service of the energy transition. ” A vision shared by France Gaz Renouvelables.

Founded in 2018, France Gaz Renouvelables gathers AAMF (the French association of farmers producing biogas),the French Chambers of Agriculture, the ATEE Biogas Club, the National Federation of Communities (FNCCR), the National Federation of Agricultural Associations (FNSEA), the France Biométhane experts’ group, GRDF andGRTgaz. Its objective is to promote the position of green gas in the French energy mix. As an open and non-profitassociation, FGR aims to bring together different initiatives linked to the success of renewable gas and to create an eco-system in which agriculture and the energy sector will serve the territories and the energy transition.