Gas infrastructure: an asset for the development of hydrogen in France. 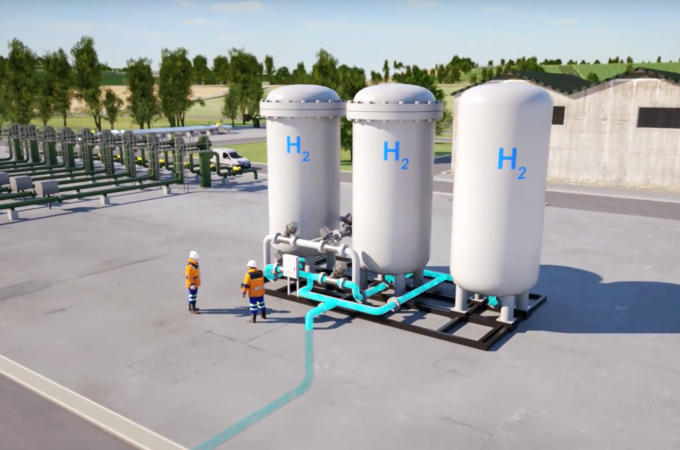 Gas infrastructure: an asset for the development of hydrogen in France

Gas infrastructure operators have presented the main conclusions of a joint report submitted to the Minister of Ecological Transition and Solidarity concerning the technical and economic conditions for the integration of hydrogen into their infrastructures. The analysis undertaken confirms the role of gas networks, storage sites and LNG terminals in the deployment of hydrogen in France and achieving carbon neutrality in 2050.

The work carried out by gas infrastructure operators contributes to the hydrogen deployment plan, launched in 2018 by the Ministry of Ecological Transition and Solidarity, and will facilitate the achievement of the 2030 objectives for hydrogen that are enshrined in the Energy and Climate Law[1].

Operators confirm that it is possible to integrate a significant volume of hydrogen into the gas mix by 2050 with limited infrastructure adaptation costs. Gas infrastructure will thus be able to accommodate decarbonised and renewable hydrogen, be it via: the recovery of hydrogen co-produced in industry; the production of hydrogen resulting from thermal gasification of waste or biomass; the reforming of gas with carbon capture and storage, or even via power to gas.

In the short term, a volume of 6% hydrogen is feasible as a blend in most networks. It requires very few adaptations and is compatible with most of the installations of today’s gas consumers. A pre-identification exercise aimed at injection project promoters will be launched in order to locate areas favourable to the injection of hydrogen as a blend. These areas will be progressively extended in line with the results of R&D activities, replacement of specific equipment and deployment of solutions guaranteeing the quality of gas to all consumers, including manufacturers.

To facilitate the deployment of projects, gas operators recommend setting a target of 10% blended hydrogen as sector-wide target by 2030, then 20% beyond. This will mobilise the industry to anticipate the adaptation of equipment - in particular those located downstream - and the certification to these volumes of hydrogen.

By 2050, significant volumes can be injected with controlled costs with regards to infrastructure adaptation. For injected hydrogen volumes of up to 40 TWh and depending on the different deployment scenarios, the adaptation costs would range between 1 and 8 €/MWh, which is a very small amount compared to the production costs of decarbonised and renewable hydrogen.

These perspectives are based on a coordinated use of three major solutions: hydrogen-other renewable gas mixture, methanation and 100% hydrogen infrastructure deployment by conversion of existing gasworks or creation of new dedicated networks.

Gas infrastructure operators recommend to the State 10 priority levers to accelerate the deployment of hydrogen in France. Among them are the identification of areas suitable for the injection of hydrogen, the need to provide France with a 10% target for blended hydrogen in 2030, or the definition and establishment of a favourable framework for the development and exploitation of the first 100% hydrogen energy infrastructures targeting industrial clusters as a priority.

Finally, operators have already launched and would like to continue undertaking R&D activities in a concerted and coordinated manner with each other and with their European partners, in order to be able to offer the most competitive solution in the long term for the development of the hydrogen sector.

Find the full report on the technical and economic considerations of hydrogen injection here and on the website of the gas operators.