Storengy, a subsidiary of the ENGIE Group, present in France with 14 industrial sites, has been engaged since the first weeks of the epidemic 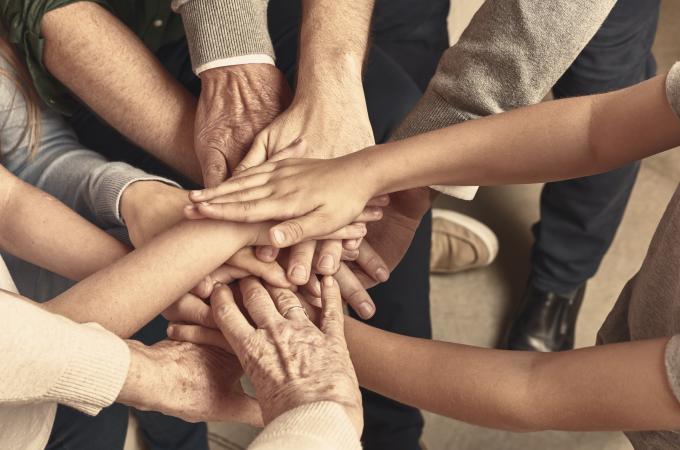 The unprecedented Covid-19 health crisis has had a social and economic impact making things very difficult for many people. In the face of subsisting needs, many associations and non-governmental organisations call for global solidarity.
Storengy, a subsidiary of the ENGIE Group, present in France with 14 industrial sites, has been engaged since the first weeks of the epidemic.
This commitment is also reflected by the creation of an innovative Solidarity Agreement. It gathers all players from the company: employees and unions through the Social and Economic Committee, as well as the general management; an ambitious action in consistency with the company’s values and its territorial establishments.
This agreement has enabled the creation of a solidarity funds to support the populations that are the most impacted by the pandemic's economic and social consequences. During a collection period of several months, we were able to raise more than 230,000 €.

At the end of the year, Storengy supports the Red Cross with a donation of 140,000 €. This donation is divided into funds allocated to the Red Cross headquarters and its offices located close to Storengy’s sites. Due to our establishments located at the very heart of the territories, all actors from the company wanted to support local bodies which are facing immediate and concrete needs.
Each site will finance projects carried out by a local office of the Red Cross, such as the purchase of new vehicles or IT material.
These donations reflect the first stage of the Solidarity Agreement. Storengy is going to support other registered public associations over the weeks to come.

This Solidarity Agreement emerged thanks to everybody's mobilisation. On a voluntary basis, and subject to confidentiality, employees contributed by donating one or several vacation days. This possibility was specifically created for this solidarity action.
Furthermore, the unions and the general management also made a donation.
Eventually, to support and encourage individual commitment in associations, Storengy will donate 150 € for each day given or solidarity action performed personally by employees, outside of their working hours from 9 March to 31 December 2020.
… From the Very Start of the Pandemic
Storengy has responded to different calls for solidarity since March. For the company’s employees, this mobilisation started with a new work organisation enabling to guarantee continued operation of our facilities while making ensuring the safety of our collaborators and partners. This was also reflected by the provision of masks, donations to associations such as “Restos du coeur” and/or the collective “Protège ton soignant”, support to local businesses located close to our sites, and the collaborators’ voluntary engagement during their spare time…