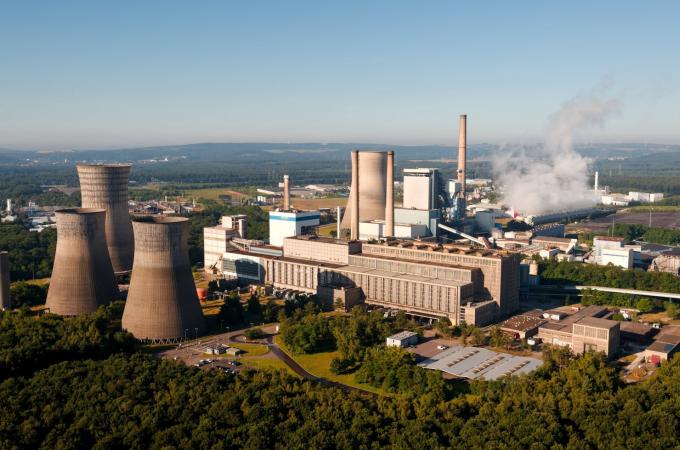 Tuesday 20 October, Storengy, ENGIE's subsidiary specialising in gas storage and the development of renewable gases, and GazelEnergie, electricity producer and natural gas and power supplier, have signed a partnership agreement to develop a hydrogen territory in the Saint-Avold Agglomeration Community, based on the site of the Emile Huchet coal-power station which is to be restructured after the State decision to shut down all coal-fired power stations in France. The aim of this partnership is to engage the territory in the energy transition and decarbonise the local industry and mobility by using green, locally produced hydrogen. This project is fully integrated into the Territorial Pact signed with the State, and the France Relance recovery programme.

A major project in favour of local, carbon-free energy production

The Emil’Hy project, located in the region of Warndt Naborien, aims to connect the production and use of renewable hydrogen. For this purpose, an electrolytic hydrogen production unit shall be created by 2023 at the site of the Emile Huchet coal-power station in Saint-Avold (Moselle department). The latter will enable to benefit from existing power transportation infrastructures and water supply required to produce hydrogen. Power supply of the electrolyser will be ensured by local renewable energy projects.

Employees affected by the closure of coal-fired power stations are going to receive priority consideration when it comes to taking part in the project, as provided by the social assistance ordinance issued in application of the Energy-Climate Bill.

Furthermore, measures have been taken by the ENGIE group to enable the employees of the Emile Huchet coal-power station to benefit from assistance when retraining in future-oriented professions.

Creation of a hydrogen territory

As a first step, the Emil’Hy project will be a means to structure a new, territorial hydrogen sector which shall become regional later-on, and even cross-border during the second stage. By extending from the French region of Grand Est to Saarland (Germany) and Luxembourg, this project may become the first virtuous and fruitful Franco-German cooperation in hydrogen.

According to Jean-Michel Mazalerat, Chairman of EP France and GazelEnergie, “This project is a recovery opportunity for the staff in Saint-Avold and another concrete example of GazelEnergie's wish to invest in France and be an important player in the energy transition in our territories. “

As for Cécile Prévieu, Storengy CEO, “This project is the foundation stone for a larger-scale programme aiming to build up a cross-border hydrogen territory in the long term. This agreement illustrates Storengy's ambition to accompany territorial players in their ecologic transition, as well as the launch of a new industrial sector. “

Salvatore Coscarella, Chairman of the Saint-Avold Agglomeration Community, underlines: “Historically, the Saint-Avold area has always been closely linked to the energy sector and determined to promote the industrial change towards decarbonised usages. Its ambition is to favour the creation of an ecosystem around the production and use of green hydrogen by assisting those who share this vision. “