The 2021 European Business & Nature Summit (EBNS) — a high-level political and technical forum about the impacts and dependences of businesses on nature — took place on 30 November and 1st December, gathering business leaders and political decision-makers. The Summit is aimed at strengthening the European movement “Businesses for Biodiversity”, which is part of the EU’s biodiversity strategy for the year 2030.

During a session dedicated to stronger SMART commitments made by businesses in favour of biodiversity, Storengy CEO Camille Bonenfant-Jeanneney announced Storengy’s new commitments to biodiversity through its membership in Act4nature International. 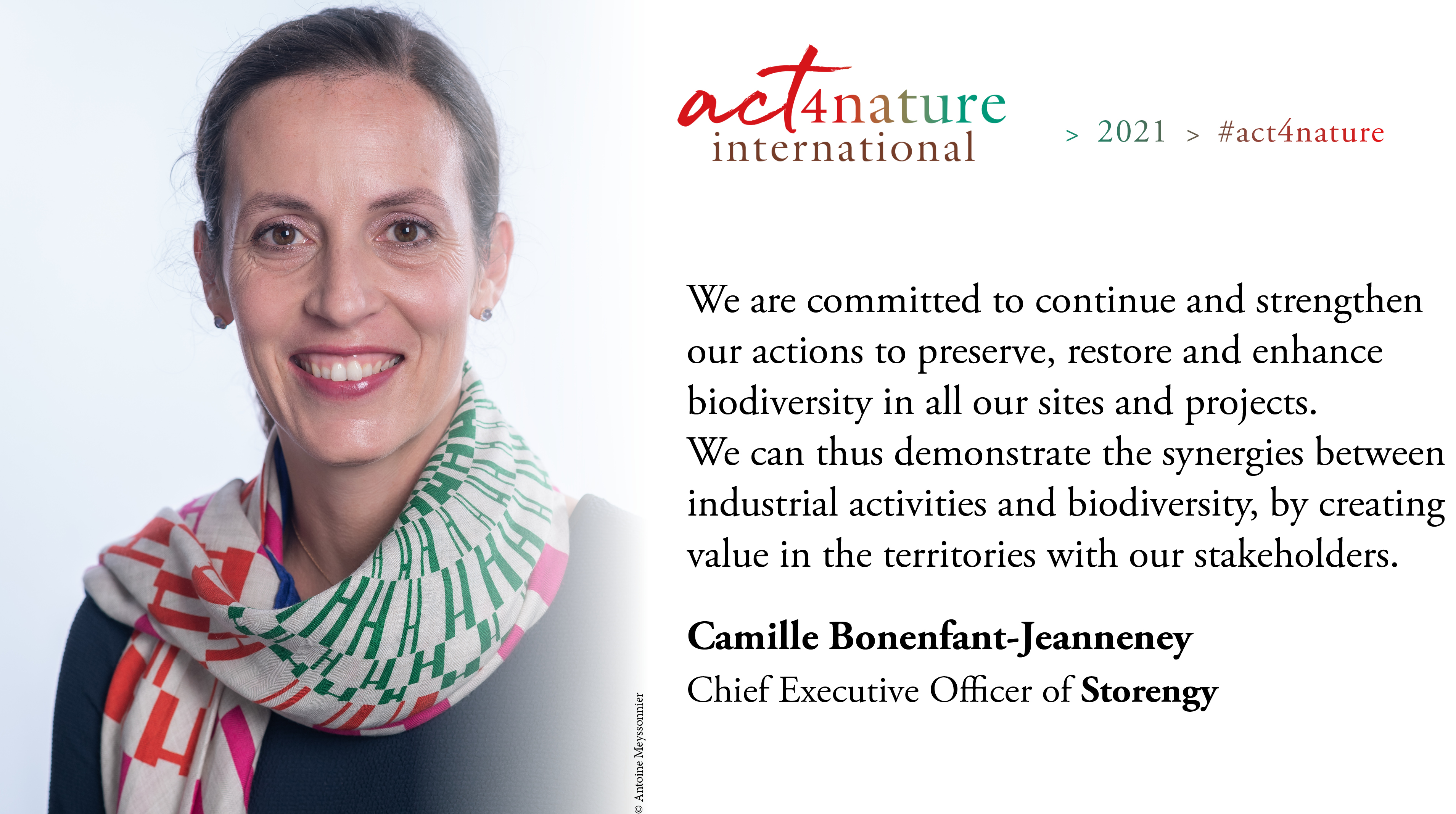 For more than 10 years, Storengy has been committed to biodiversity, especially in France, through its participation in the National Biodiversity Strategy since 2014 and in Act4nature since 2018, which have both been renewed in 2021, as well as through the “Businesses Committed to Nature” programme by Act4nature International.

The actions undertaken by our French subsidiary are exemplary, especially the implementation of ecological green space management at all our French sites since 2018, which enabled us, among others, to phase out the use of plant protection products.

This has been possible thanks to national (MNHN, UICN, LPO) and local partnerships (CEN, PNR, local associations). These partnerships, methods and actions are precious and inspiring for all our subsidiaries and new projects.

This year, through Storengy’s participation in Act4nature International, new commitments have been made to pursue and strengthen our actions in favour of biodiversity in all activities and projects led by Storengy.

Find out more about our commitment to biodiversity through act4nature International