Storengy and its partners – achievements and recent projects 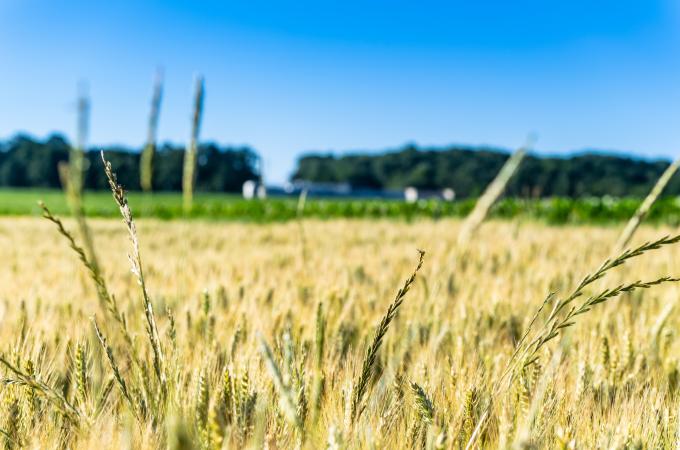 It is the first Power-to-Gas project in France that combines:

Led by Storengy and located at Céré-la-Ronde in the Centre-Val de Loire region of central France, it provides a solution for a crucial challenge: transforming renewable electricity (and the CO2 contained in the biogas) into large quantities of hydrogen and synthetic methane in order to meet our customers’ needs, whether for green mobility powered by hydrogen and biogas (bio-CNG) or for injection into the natural gas network. The financing plan for this project has been completed. It is funded by the “Investing in the Future” (PIA) programme operated by ADEME (the French Environment and Energy Management Agency), the Centre-Val de Loire region and the European Regional Development Fund (ERDF).
Implementation date: 2020-2021

The HyGreen Provence project aims to supply either 1) a network of vehicles around Manosque or 2) a green mobility station (for HyGreen Mobility) and industries (for HyGreen Provence) in the Fos/Marseille basin.
Currently in the feasibility study phase, HyGreen Provence aims to become, in a few years, a green hydrogen production site based on renewable energies by capitalising on transport and storage infrastructures in saline cavities. With Durance Luberon Verdon Agglomeration (DLVA), Enedis, ENGIE, RTE, GRTgaz - we are actively contributing to the realisation of HyGreen Mobility in 2023 and HyGreen Provence in 2027-2028, of this great initiative.

HyGreen Mobility is the first stone of the larger HyGreen Provence programme for the Fos-Marseille basin. HyGreen Mobility is a renewable hydrogen production project in Manosque to supply a green mobility station. The project will be built and operated by Storengy, via the company HyGreen, in which DLVA and the Region will also be shareholders.

This is a territorial project for the production and storage of renewable energy.

This Power-to-Gas demonstrator will make it possible to:

The project players and their role:

As part of an Energy Technology Institute (ETI) funded study on energy storage, Storengy's expertise was used to provide detailed geoscientific information. The results of the study confirmed that hydrogen storage in salt caverns is a credible technology with the salt strata used in the natural gas storage facilities at Storengy's UK site in Cheshire. Moreover, it is one of the most cost-effective solutions. Storengy is currently working on hydrogen storage with an electrolyser manufacturer to study the feasibility of a 100 MW electrolysis project (Centurion Project).

Storengy is responsible for the installation of the refuelling station, its operation and the marketing and sale of the green transport fuel certificates.

The project will see the first green station in the North West of the UK with the production of green hydrogen fuel to enable three vehicles, including two refuse trucks, to run on the technology.

The hydrogen will be produced by installing solar panels which will convert the energy via an electrolyser to produce the green fuel.

The project has been funded by public and private funds - with a £345,000 contribution from the Local Growth Fund.

This project is going to use a salt cavern of the Storengy storage site in Etrez to connect electrolysis production to industrial and mobility applications.

The salt cavern used has a storage capacity of  44 tons of hydrogen, which is the equivalent of 1,760 hydrogen bus tanks.

HyPSTER is located in a particularly dynamic territory regarding the development of green hydrogen usages with large-scale projects such as Zero Emission Valley (Project ZEV) in the region of Auvergne-Rhône-Alpes, the construction of hydrogen production units and filling stations in the region of Bourgogne Franche Comté. Its geographical location is also an asset for industries which are present in the Chemical Valley.

The ZEV (Zero Emission Valley) project in the region of Auvergne Rhône Alpes comprises 20 hydrogen stations and 1,000 hydrogen vehicles by 2023. Industrial grey hydrogen applications are already existing (especially in the Chemical Valley) and decarbonising the industry and heavy mobility of this sector with green hydrogen is being taken into consideration.

This project has been granted financing by the Fuel Celles and Hydrogen Joint Undertaking (FCH 2 JU) under the subvention agreement no. 101006751. This public-private partnership has received the support of the Horizon 2020 research and innovation programme by the European Union, Hydrogen Europe and Hydrogen Europe Research.

With its partners Grand Port de Bordeaux and Nexeya, Storengy is developing this project which will facilitate the development of the hydrogen sector in the region of Bordeaux:

The studies led since September 2020 aim to:

This project has been granted co-financing by the European Union at 50% of the overall costs of the studies, which amount to 750 k€.

As a partner in the Centurion project supported by Innovate UK, Storengy is embarking, alongside  ITM Power, Inovyn, Cadent and Element Energy , on the first stage of an innovation project that aims to deploy an electrolyser with a capacity of 100 MW combining the transport and storage of hydrogen. The objective is to produce low-carbon hydrogen for industrial, mobility and heating uses. This first phase consists of a feasibility study to demonstrate the interest of Power-to-Gas to decarbonise the energy system by achieving significant cost reductions. This project could be the largest energy storage system at the interface between the gas and electricity networks in the world. The feasibility study is co-funded by Innovate UK.