Storengy is a a subsidiary of the ENGIE Group responsible for a variety of activities. 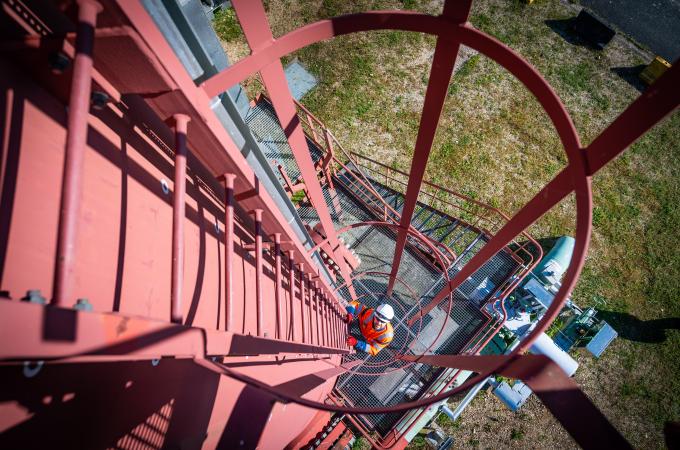 Storengy is supervised by Executive President, Cécile Prévieu. She is assisted in her corporate affairs and strategic management tasks by the Strategic Committee composed of: 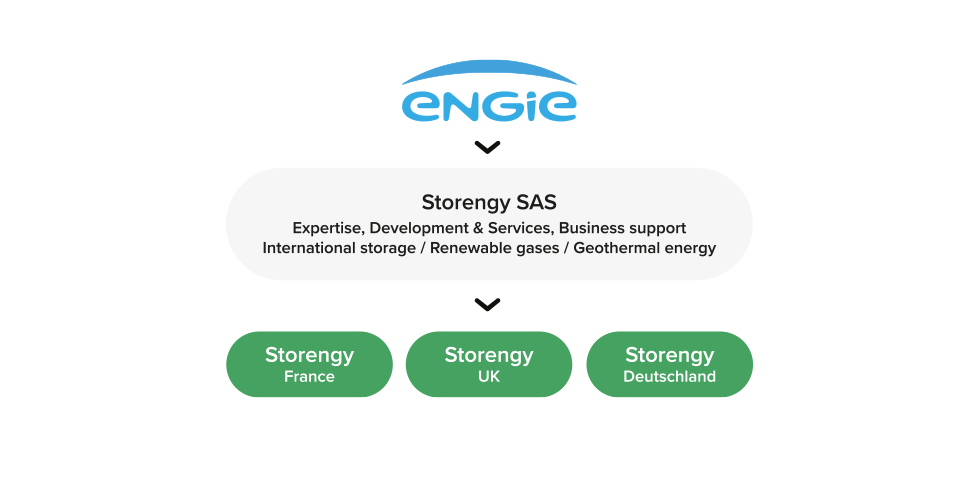 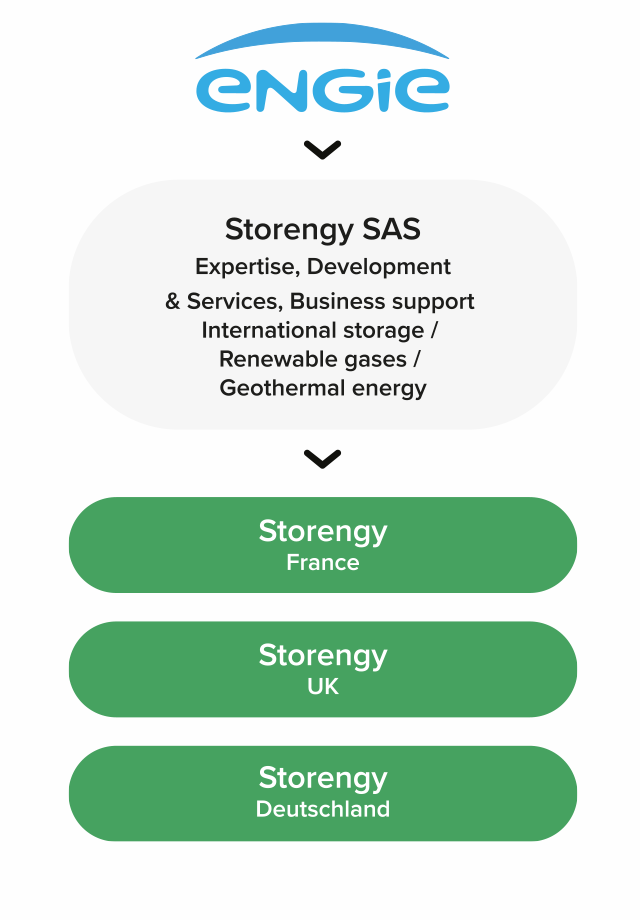 Storengy on the world map

To manage Storengy both nationally and internationally, we have an operational organisation that combines strategic vision with efficient decision-making.

It oversees all of Storengy's activities and guarantees cross-functional effectiveness.

This is the locus of decision-taking for commitments by the Storengy BU.
It is tasked with reviewing any proposal that exceeds a subsidiary’s decision level and making the investment decision. For projects with a significant financial impact, the decision may also relate to development.

The organisation in France, Germany and the UK

Each country has an executive committee that oversees implementation of the policies defined by Storengy's Executive Committee, coordinates the country’s various structures and ensures that specific objectives are achieved.